By day, Steve Greig is an accountant. But when he comes home at night, he’s dad to 10 senior dogs.

Steve has adopted from several organizations in his area. Two members of his pack were adopted from Petco Foundation partner Dumb Friends League and to them, and to us, he’s a testament the difference that one person can make for animals.
Growing up, Steve dutifully cared for his pet dogs, cats, ducks and hamsters, but it wasn’t until he was in the second grade that his family welcomed their first adopted pet: Duke, a black lab mix. Steve loved him. 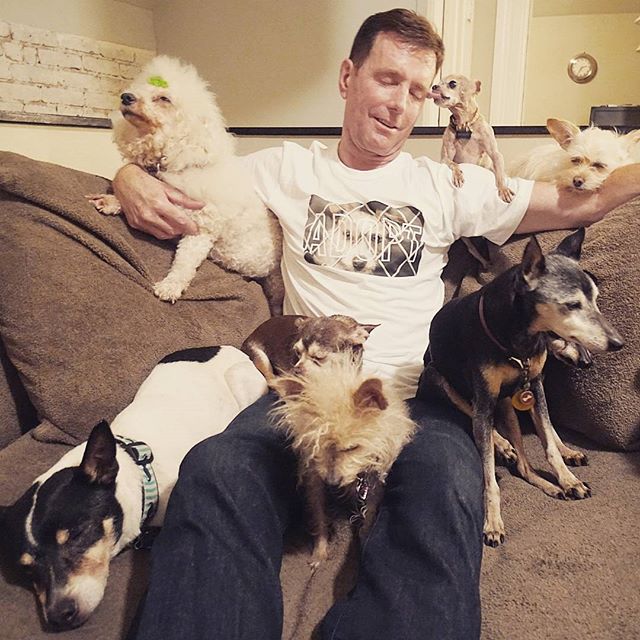 As an adult, Steve lost his dog Wolfgang, who he considered to be a best friend. For many, the thought of bringing another pet into the home after losing a beloved pet is difficult. But for Steve, it was a way to heal.

“When any pet dies, the pain can be so intense and heartbreaking that many people will try to avoid this again at all costs,” he said. “But, if, when a pet dies, you allow another one to live in their place, it is incredibly powerful. You have both honored your fallen pet’s life and given dignity to another that probably wouldn’t have had that opportunity.” 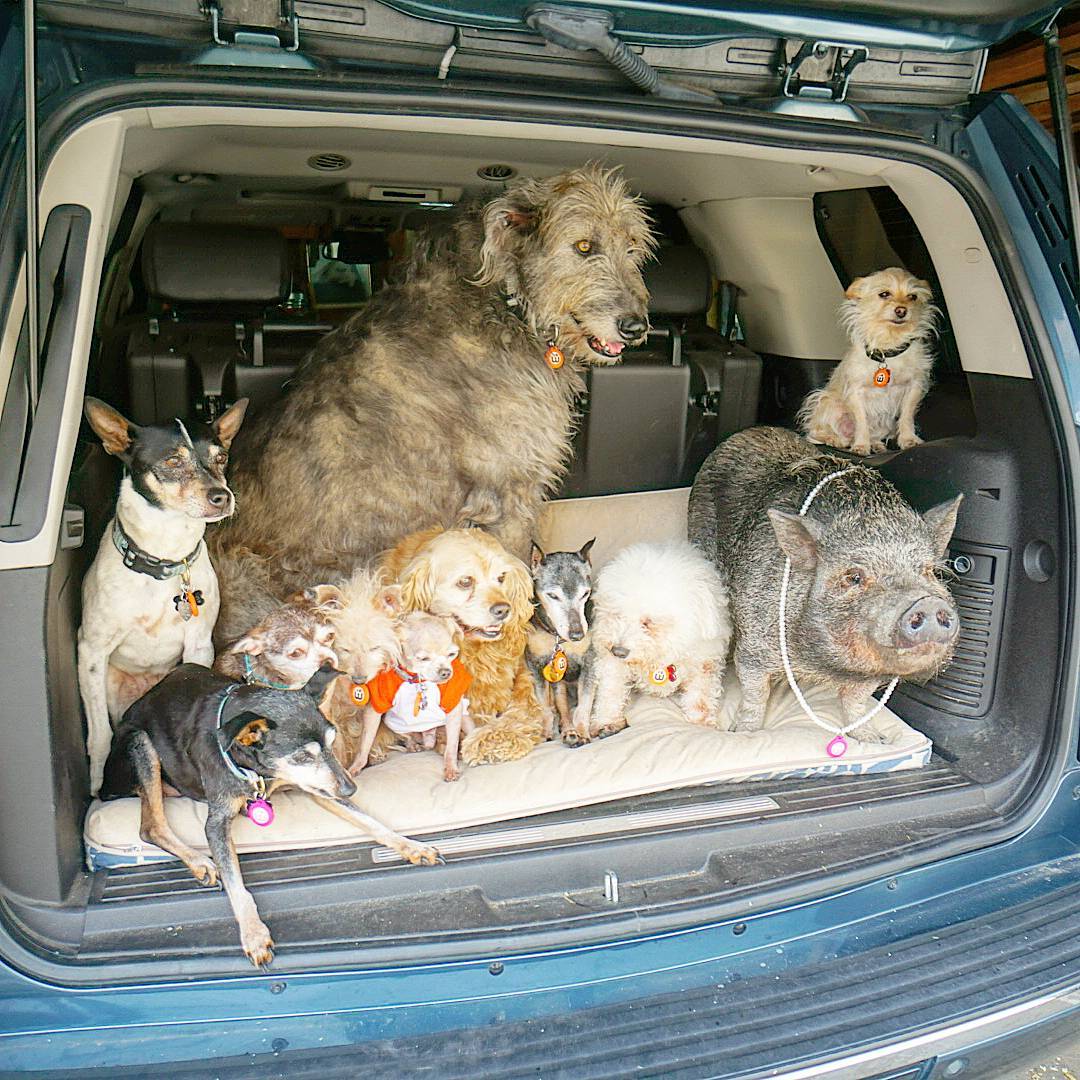 That’s why, soon after his loss, Steve found himself at a shelter with a mission: find the oldest, “least adoptable” dog. That’s when he found Eeyore, a 12-year-old Chihuahua with four bad knees and a heart murmur. 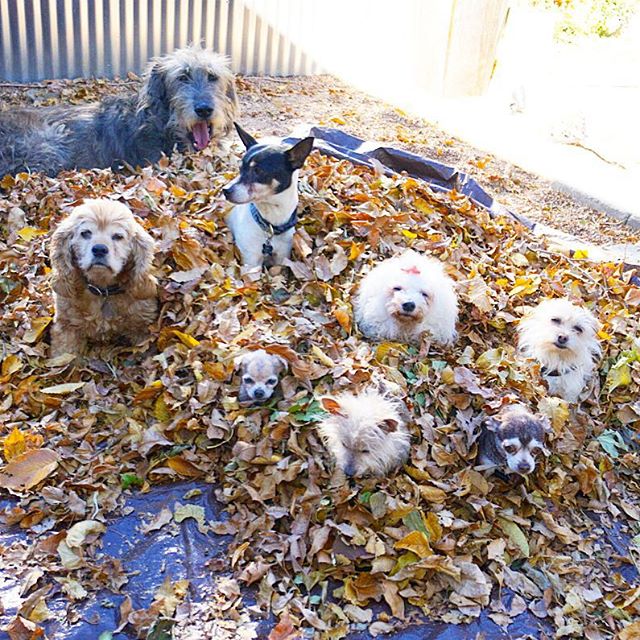 Thus began Steve’s passion for senior dogs. He’s most attracted to those that may not be the first choice for others. After adopting Eeyore, Steve found himself wanting to give another senior dog a chance at a good life. And so he has—eight times!

Of course, with a house full of dogs (not to mention Steve’s many other pets), there’s never a dull moment. And as Steve can attest, senior dogs certainly don’t lack personality!
Eeyore is the “watchdog.”
Edna is sensitive.
Enoch is laid back.
Englebert is small with a big personality.
Josh is dignified.
Loretta is adventurous.
Phyllis is completely blind yet very independent.
Waylon is a goofball.
And Madeline and Hercules, the oldest at 17 and 18 years old, can usually be found together, power-napping through the day. 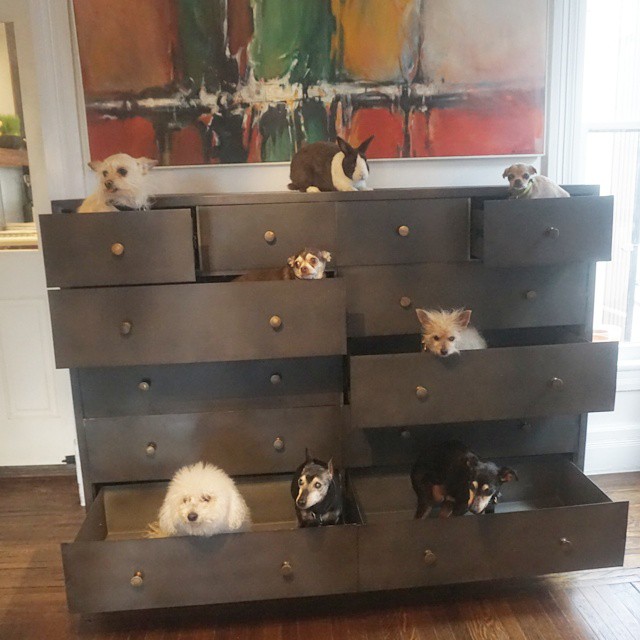 To his pack of senior dogs, Steve means everything. One by one, his big-hearted acts of kindness have added up to help them all find a home, and love. 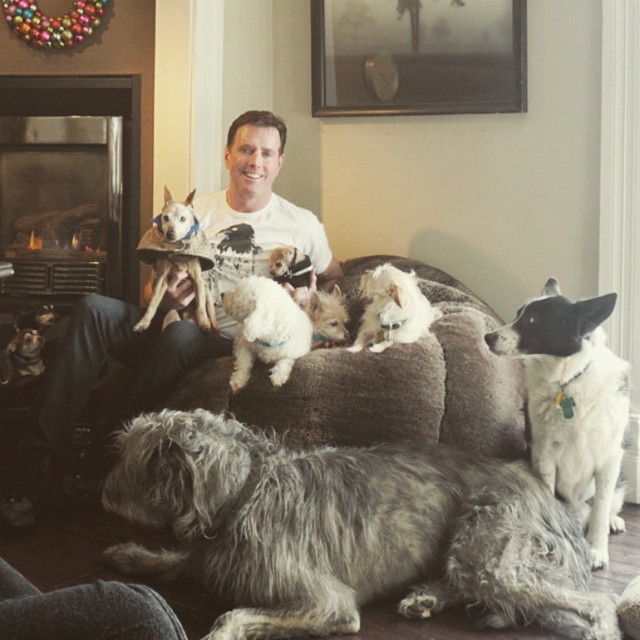 And Steve? He feels like he’s the lucky one. “I know how blessed I am to take care of these animals,” he said.
Want to make a difference for pets in your community? There are lots of ways to get involved! Go to the Petco Foundation to learn more about how you can help.